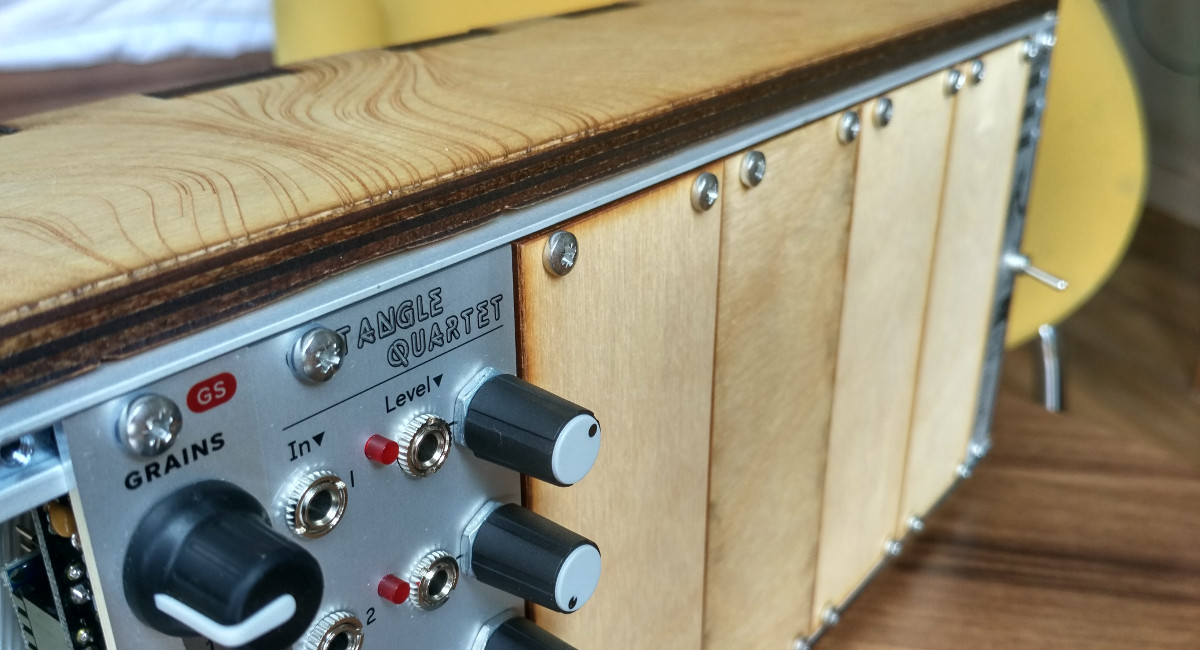 I recently drawn into the rabbit hole of modular synthesis. This week I finished building my first eurorack case. It's a 3U 84hp skiff. Or in humans language, it is a relatively small, beginners sized case, to accommodate my first modules.

I have access to a laser cutter at uni, so I thought that it will be great to use it for the project. Add to that some open source designs for laser cutting eurorack cases, and it looked like an easy path to follow. But then I started to rethink it too much. I already bought the Tiptop audio Z-Rails to fit into the case, which is not exactly the same as the one in the design above, In addition, our laser cutter can cut much thicker wood than the 6mm used in this design. So maybe I will design my own case...

I decided to do so, and with the help of make a box produced my own design files, for a 9mm plywood. And if I'm already using the laser cutter to cut the wood, why not add a stylistic engraved texture on top of it? Inspired by Aaron Meyers, I opened processing and started to code a generative texture to engrave over my case. I was sure that engraving the texture will be the most complicated part in this DIY project, but I was wrong. Very wrong.

These are the mistakes I made. All of them could be avoided easily. 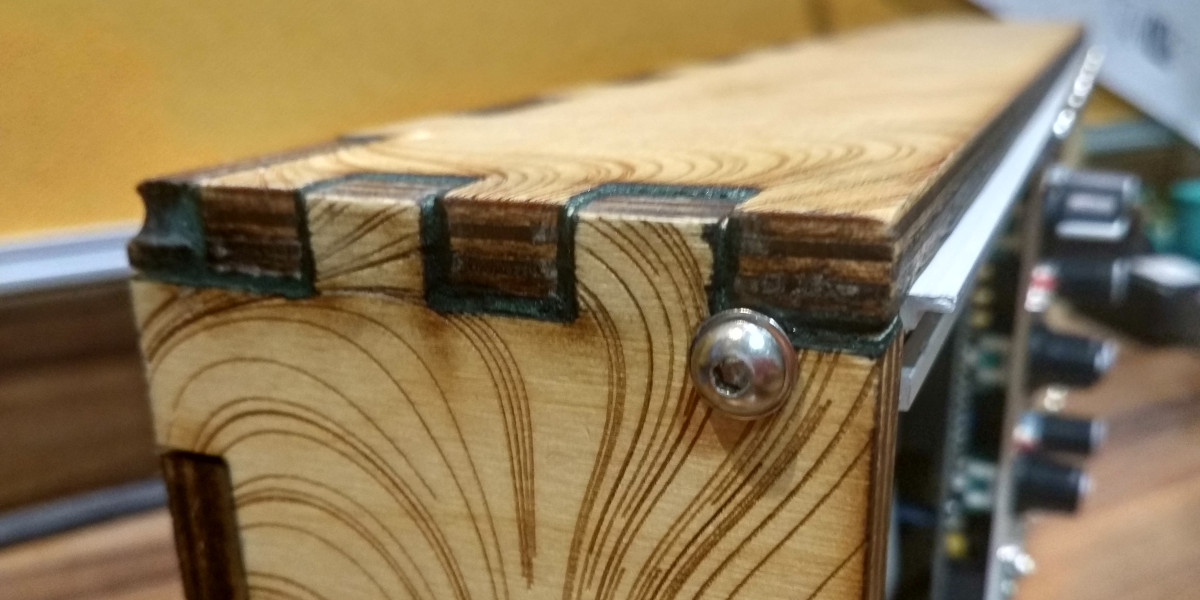 The engraving ended up much better than I expected. I started with one PDF file for the entire engraving job, with an overall length of lines to engrave just over 100 meters. When I tried to send this file to the printer the driver's preview window didn't show all of the lines in my PDF. Maybe it's just a presentation issue, but I decided to separate the job into layers. This was easy for my case, as the lines were generated by processing one by one without any dependencies between them. In the original PDF there were 30K lines, so I created 6 PDFs with 5K lines each, that when overlaid create the same result. I really glad I did that for few reasons. 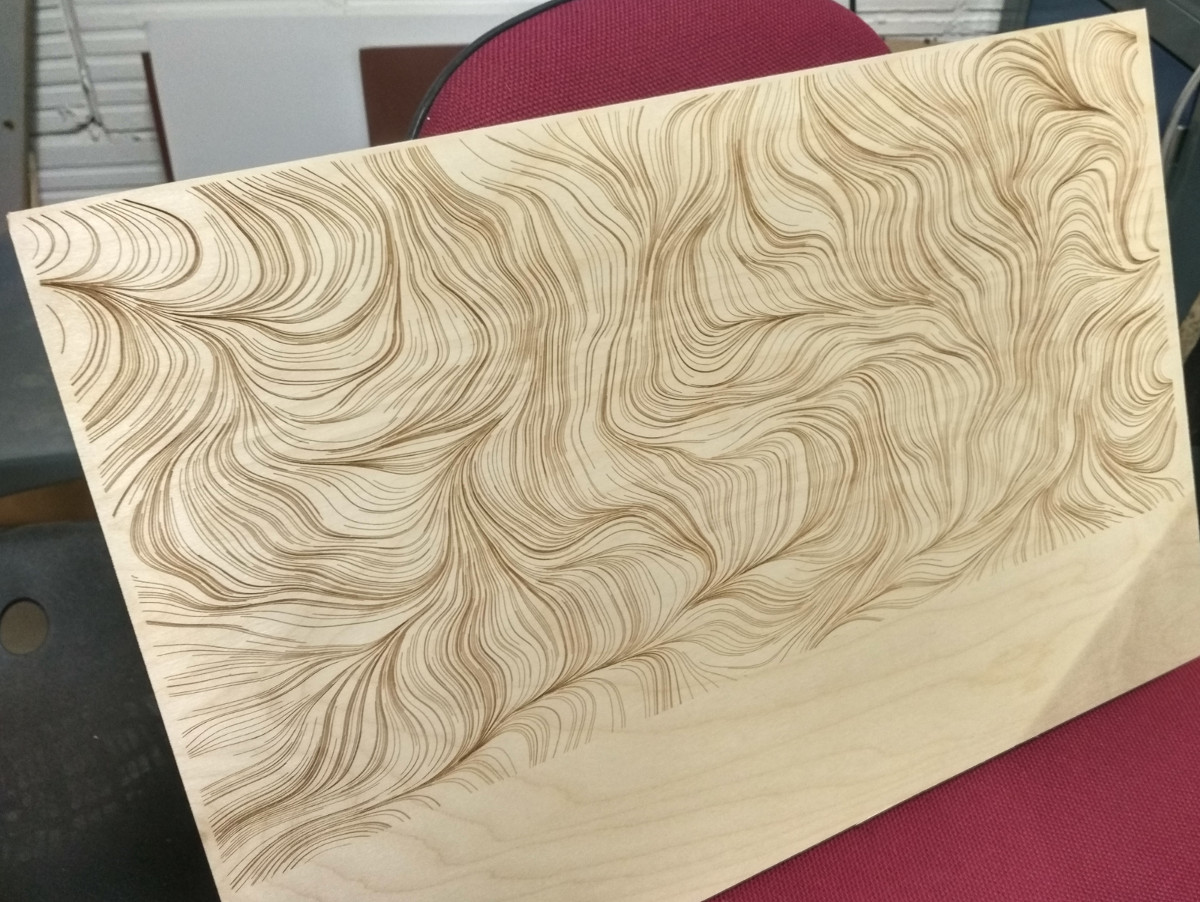 I also cut some blank panels on the way, from 3mm plywood. An easy task for the laser printer. In addition, the gluing and finishing (with danish oil) were successful and without any issues. But there is nothing interesting I can tell you about these, so let's move on.

The design files are here. Feel free to use the engraving sketch in generative_waves/generative_waves.pde for whatever you want. As far as I can tell the blank panels files are also fine. BUT PLEASE DON'T USE THE FILES IN THIS REPO TO CUT A EURORACK CASE!

It's not the most accurate build, but my new case does the job. Despite the problems, IMHO the end result looks very good. And finally I'm starting to play with it, and enjoy every moment! 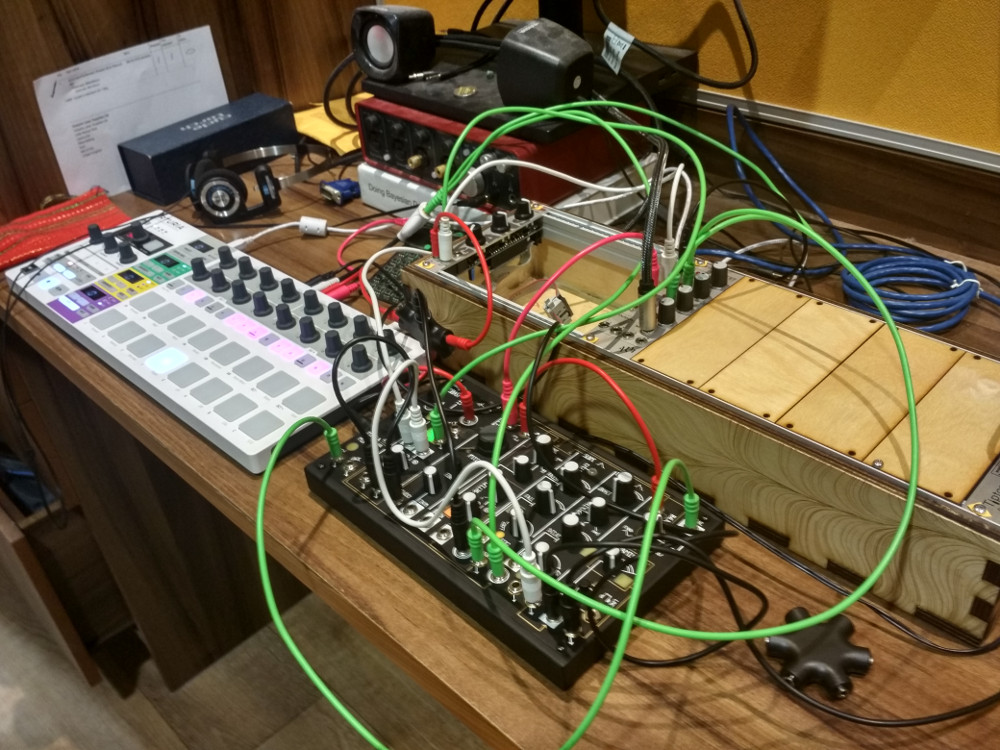 If you want to see more here is an album of the entire building process. Some modular music will come soon. Stay tuned!